Blaine Police Department is  located in a growing Minnesota suburb with a population of about 65,000 residents. Their agency has a staff of 90 employees, 71 of which are sworn officers. Their captain indicated some of their most notable and unique needs include two sporting events – both of which draw an average of 25,000 spectators per day – as well as one concert which attracts about 20,000 fans. Understandably and in his own words, “It creates a large scheduling nightmare for myself and other supervisors.”

In their more daily needs, scheduling an agency of nearly 100 is still no simple task. Prior to Schedule Express, Blaine PD had actually taken action to transition away from manual methods and attempted to implement automated solutions, an initiative that is ahead of the curve as compared to so many agencies across the country. While the initial implementation was successful,  they learned quickly that tools not built for public safety operations cannot easily be manipulated into fitting such unique needs. Ongoing schedule management remained a significant challenge despite the marked improvement.

The captain indicated they first attempted to use three different programs for their scheduling operations:

Although this first iteration of scheduling solutions was ultimately incomprehensive and did not succeed as a long-term solution, it did serve as a powerful example of what could be possible with the right tool designed for their operating environment – and most importantly demonstrated the shortcomings of the manual pen-and-paper system they sought to replace.

“We picked Schedule Express specifically based on the fact that it was built for public safety, keeping in mind the 24/7/365 schedule,” the captain said. “It recognizes unique police schedules, and the program can be designed and built for any rotation, any amount of hours; it tracks time-off banks, it communicates with payroll, and the smartphone app allows you to log in from any location.”

Through the use of an administrative tool designed for the operational needs of a law enforcement agency, the ability to effectively recover lost time and dollars was significant. 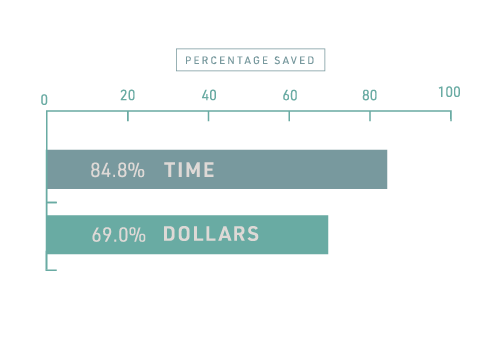 “My biggest thing with Schedule Express is the overtime capabilities. Previously that was just a nightmare, with Schedule Express it’s significantly reduced my time – I can create a job in Schedule Express, and it sends out a text alert to whoever I want it to with one click of a button. The officers can then volunteer from their location, they don’t have to come into the office, they don’t have to call – they can just access it remotely,” the captain said. “Looking back at how much we expected our front-line supervisors to be in the office manipulating the schedule based on officers’ vacation or sick requests – getting them out of the office and back to the street was a significant benefit to us.”

As a result, the value to their agency came in the form of time, money, and the ability to maximize the personnel and resources already in place. Their weekly hours saved from the transitions came out to more than 36 – nearly the equivalent of gaining a new full-time employee while using pre-existing headcount. Further, their annual cost savings totaled more than $60,000 – or nearly one more full-time employee. 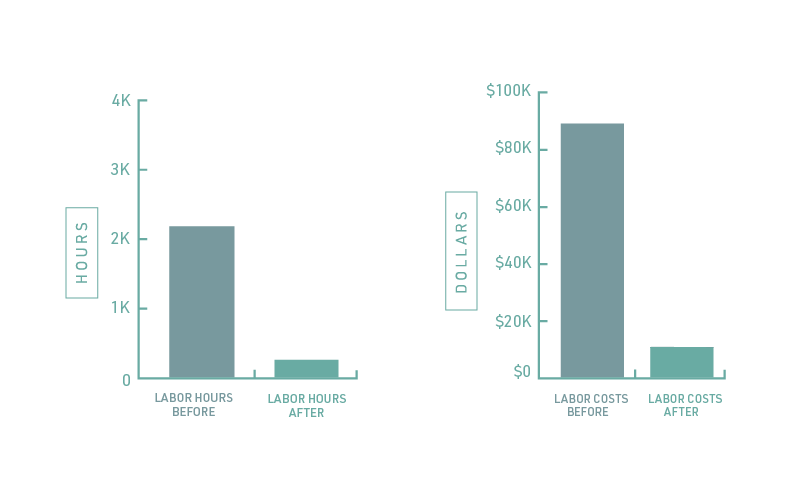 “I want to show others who are in my position that there is a program out there to make their job very easy and cut back drastically on labor hours.”