The Regional Communication Centers of the Michigan State Police is composed of four individual entities which have a combined staff of approximately 90 employees. Because of their unique operations, it involves multiple individuals at multiple sites to manually develop a schedule which works for each center, as well as other figures of authority who would need to become involved in the event of discrepancies or challenges with documentation.

“We had a person whose job it was to overview the schedule, and that person had a backup person. She would spend at least 2 hours per day on scheduling – five days a week over 52 weeks in the year, and that’s just in one center of four,” the dispatch supervisor said. “On top of that, we had a person whose job it was just to do an audit once a month. Then, when the auditor and scheduler were at odds, another person would be involved to resolve.”

The result of these methods equated to nearly 41 hours per week spent on routine scheduling – more than 1 full-time employee’s worth of resources. Further, that time totaled to more than $53,000 being spent on scheduling, as well as the inefficient waste of their most valuable asset: The time of their supervisors.

The implementation of an automated scheduling program freed nearly 36 of those 41 hours on a weekly basis, equating to a net financial savings of nearly $33,000 annually after accounting for the cost of the software. 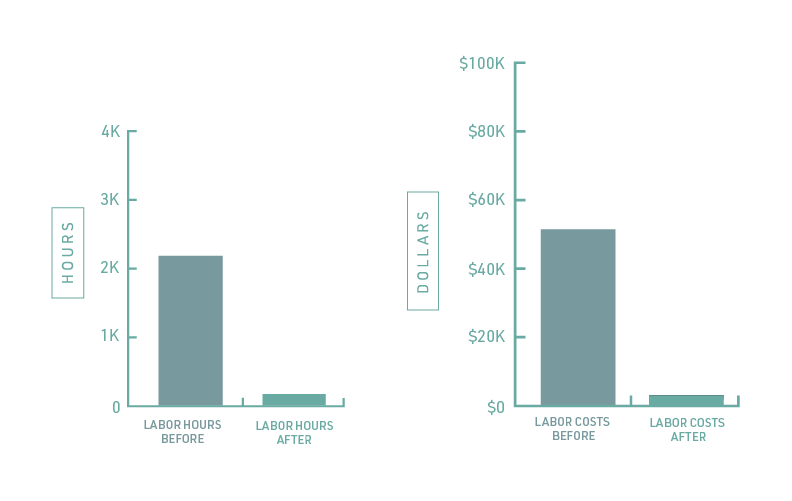 “We eliminated all of that with Schedule Express – it was a waste of time, except for the fact scheduling is so important. Especially when it comes to overtime, now we know it gets filled immediately – and filled the right way.”

In addition to the recovered time and dollars, an automated software solution also provides the value of eliminating inaccuracy due to human error, providing a time stamped audit trail, as well as the ability to generate dozens of new reports with data not previously available to the agency. This empowers supervisors to make improved and informed decisions regarding the management of their personnel, and it provides the employees themselves with a new level of flexibility and freedom as the direct result of an intelligent solution that’s able to take the work and the guesswork out of time off requests, trades, and more. 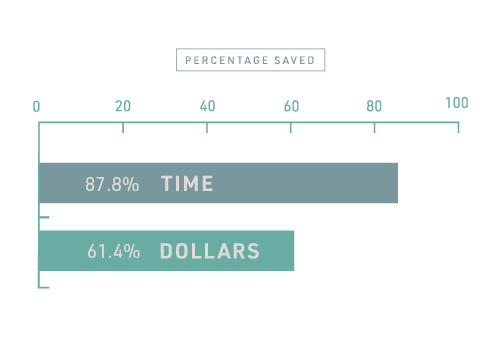 “Now while we're in the program more frequently, it's only for a few seconds at a time. I’d say we spend 10 minutes per day now, maybe 20, tops – that’s less than 2 hours per week when it used to be 2 hours per day.”